The Defendants Include Two Current FIFA Vice Presidents and the Current and Former Presidents of the Confederation of North, Central American and Caribbean Association Football (CONCACAF); Seven Defendants Arrested Overseas; Guilty Pleas for Four Individual Defendants and Two Corporate Defendants Also Unsealed
A 47-count indictment was unsealed early this morning in federal court in Brooklyn, New York, charging 14 defendants with racketeering, wire fraud and money laundering conspiracies, among other offenses, in connection with the defendants’ participation in a 24-year scheme to enrich themselves through the corruption of international soccer. The guilty pleas of four individual defendants and two corporate defendants were also unsealed today.

The defendants charged in the indictment include high-ranking officials of the Fédération Internationale de Football Association (FIFA), the organization responsible for the regulation and promotion of soccer worldwide, as well as leading officials of other soccer governing bodies that operate under the FIFA umbrella. Jeffrey Webb and Jack Warner – the current and former presidents of CONCACAF, the continental confederation under FIFA headquartered in the United States – are among the soccer officials charged with racketeering and bribery offenses. The defendants also include U.S. and South American sports marketing executives who are alleged to have systematically paid and agreed to pay well over $150 million in bribes and kickbacks to obtain lucrative media and marketing rights to international soccer tournaments.

Also earlier this morning, Swiss authorities in Zurich arrested seven of the defendants charged in the indictment, the defendants Jeffrey Webb, Eduardo Li, Julio Rocha, Costas Takkas, Eugenio Figueredo, Rafael Esquivel and José Maria Marin, at the request of the United States. Also this morning, a search warrant is being executed at CONCACAF headquarters in Miami, Florida.

The guilty pleas of the four individual and two corporate defendants that were also unsealed today include the guilty pleas of Charles Blazer, the long-serving former general secretary of CONCACAF and former U.S. representative on the FIFA executive committee; José Hawilla, the owner and founder of the Traffic Group, a multinational sports marketing conglomerate headquartered in Brazil; and two of Hawilla’s companies, Traffic Sports International Inc. and Traffic Sports USA Inc., which is based in Florida.

“The indictment alleges corruption that is rampant, systemic, and deep-rooted both abroad and here in the United States,” said Attorney General Lynch. “It spans at least two generations of soccer officials who, as alleged, have abused their positions of trust to acquire millions of dollars in bribes and kickbacks. And it has profoundly harmed a multitude of victims, from the youth leagues and developing countries that should benefit from the revenue generated by the commercial rights these organizations hold, to the fans at home and throughout the world whose support for the game makes those rights valuable. Today’s action makes clear that this Department of Justice intends to end any such corrupt practices, to root out misconduct, and to bring wrongdoers to justice – and we look forward to continuing to work with other countries in this effort.”

Attorney General Lynch extended her grateful appreciation to the authorities of the government of Switzerland, as well as several other international partners, for their outstanding assistance in this investigation.

“Today’s announcement should send a message that enough is enough,” said Acting U.S. Attorney Currie. “After decades of what the indictment alleges to be brazen corruption, organized international soccer needs a new start – a new chance for its governing institutions to provide honest oversight and support of a sport that is beloved across the world, increasingly so here in the United States. Let me be clear: this indictment is not the final chapter in our investigation.”

Acting U.S. Attorney Currie extended his thanks to the agents, analysts and other investigative personnel with the FBI New York Eurasian Joint Organized Crime Squad and the IRS-CI Los Angeles Field Office, as well as their colleagues abroad, for their tremendous effort in this case.

“As charged in the indictment, the defendants fostered a culture of corruption and greed that created an uneven playing field for the biggest sport in the world,” said Director Comey. “Undisclosed and illegal payments, kickbacks, and bribes became a way of doing business at FIFA. I want to commend the investigators and prosecutors around the world who have pursued this case so diligently, for so many years.”

“When leaders in an organization resort to cheating the very members that they are supposed to represent, they must be held accountable,” said Chief Weber. “Corruption, tax evasion and money laundering are certainly not the cornerstones of any successful business. Whether you call it soccer or football, the fans, players and sponsors around the world who love this game should not have to worry about officials corrupting their sport. This case isn't about soccer, it is about fairness and following the law. IRS-CI will continue to investigate financial crimes and follow the money wherever it may lead around the world, leveling the playing field for those who obey the law.”


The charges in the indictment are merely allegations, and the defendants are presumed innocent unless and until proven guilty.
The Enterpris
FIFA is composed of 209 member associations, each representing organized soccer in a particular nation or territory, including the United States and four of its overseas territories. FIFA also recognizes six continental confederations that assist it in governing soccer in different regions of the world. The U.S. Soccer Federation is one of 41 member associations of the confederation known as CONCACAF, which has been headquartered in the United States throughout the period charged in the indictment. The South American confederation, called CONMEBOL, is also a focus of the indictment.

As alleged in the indictment, FIFA and its six continental confederations, together with affiliated regional federations, national member associations and sports marketing companies, constitute an enterprise of legal entities associated in fact for purposes of the federal racketeering laws. The principal – and entirely legitimate – purpose of the enterprise is to regulate and promote the sport of soccer worldwide.

As alleged in the indictment, one key way the enterprise derives revenue is to commercialize the media and marketing rights associated with soccer events and tournaments. The organizing entity that owns those rights – as FIFA and CONCACAF do with respect to the World Cup and Gold Cup, their respective flagship tournaments – sells them to sports marketing companies, often through multi-year contracts covering multiple editions of the tournaments. The sports marketing companies, in turn, sell the rights downstream to TV and radio broadcast networks, major corporate sponsors and other sub-licensees who want to broadcast the matches or promote their brands. The revenue generated from these contracts is substantial: according to FIFA, 70% of its $5.7 billion in total revenues between 2011 and 2014 was attributable to the sale of TV and marketing rights to the 2014 World Cup.

The indictment alleges that, between 1991 and the present, the defendants and their co-conspirators corrupted the enterprise by engaging in various criminal activities, including fraud, bribery and money laundering. Two generations of soccer officials abused their positions of trust for personal gain, frequently through an alliance with unscrupulous sports marketing executives who shut out competitors and kept highly lucrative contracts for themselves through the systematic payment of bribes and kickbacks. All told, the soccer officials are charged with conspiring to solicit and receive well over $150 million in bribes and kickbacks in exchange for their official support of the sports marketing executives who agreed to make the unlawful payments.

Most of the schemes alleged in the indictment relate to the solicitation and receipt of bribes and kickbacks by soccer officials from sports marketing executives in connection with the commercialization of the media and marketing rights associated with various soccer matches and tournaments, including FIFA World Cup qualifiers in the CONCACAF region, the CONCACAF Gold Cup, the CONCACAF Champions League, the jointly organized CONMEBOL/CONCACAF Copa América Centenario, the CONMEBOL Copa América, the CONMEBOL Copa Libertadores and the Copa do Brasil, which is organized by the Brazilian national soccer federation (CBF). Other alleged schemes relate to the payment and receipt of bribes and kickbacks in connection with the sponsorship of CBF by a major U.S. sportswear company, the selection of the host country for the 2010 World Cup and the 2011 FIFA presidential election.

As set forth in the indictment, the defendants and their co-conspirators fall generally into three categories: soccer officials acting in a fiduciary capacity within FIFA and one or more of its constituent organizations; sports media and marketing company executives; and businessmen, bankers and other trusted intermediaries who laundered illicit payments.


And one of the defendants was in the broadcasting business but allegedly served as an intermediary to facilitate illicit payments between sports marketing executives and soccer officials:

On July 15, 2013, the defendant Daryll Warner, son of defendant Jack Warner and a former FIFA development officer, waived indictment and pleaded guilty to a two-count information charging him with wire fraud and the structuring of financial transactions.

On Oct. 25, 2013, the defendant Daryan Warner waived indictment and pleaded guilty to a three-count information charging him with wire fraud conspiracy, money laundering conspiracy and the structuring of financial transactions. Daryan Warner forfeited over $1.1 million around the time of his plea and has agreed to pay a second forfeiture money judgment at the time of sentencing.

On Nov. 25, 2013, the defendant Charles Blazer, the former CONCACAF general secretary and a former FIFA executive committee member, waived indictment and pleaded guilty to a 10-count information charging him with racketeering conspiracy, wire fraud conspiracy, money laundering conspiracy, income tax evasion and failure to file a Report of Foreign Bank and Financial Accounts (FBAR). Blazer forfeited over $1.9 million at the time of his plea and has agreed to pay a second amount to be determined at the time of sentencing.

On Dec. 12, 2014, the defendant José Hawilla, the owner and founder of the Traffic Group, the Brazilian sports marketing conglomerate, waived indictment and pleaded guilty to a four-count information charging him with racketeering conspiracy, wire fraud conspiracy, money laundering conspiracy and obstruction of justice. Hawilla also agreed to forfeit over $151 million, $25 million of which was paid at the time of his plea.

All money forfeited by the defendants is being held in reserve to ensure its availability to satisfy any order of restitution entered at sentencing for the benefit of any individuals or entities that qualify as victims of the defendants’ crimes under federal law.


*****
The indictment unsealed today has been assigned to U.S. District Court Judge Raymond J. Dearie of the Eastern District of New York.

The government’s investigation is ongoing.

15-677
Office of the Attorney General 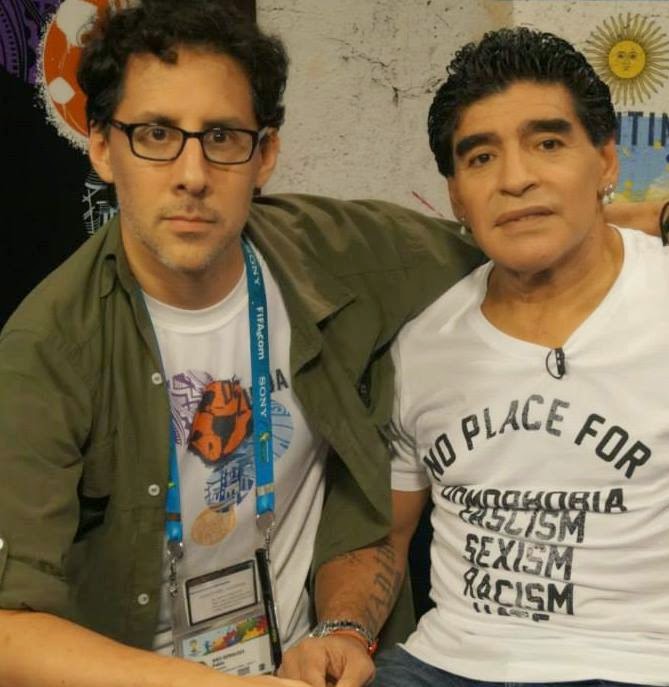 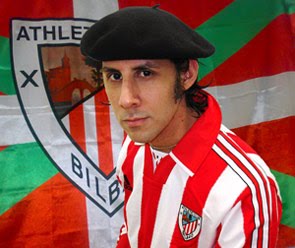